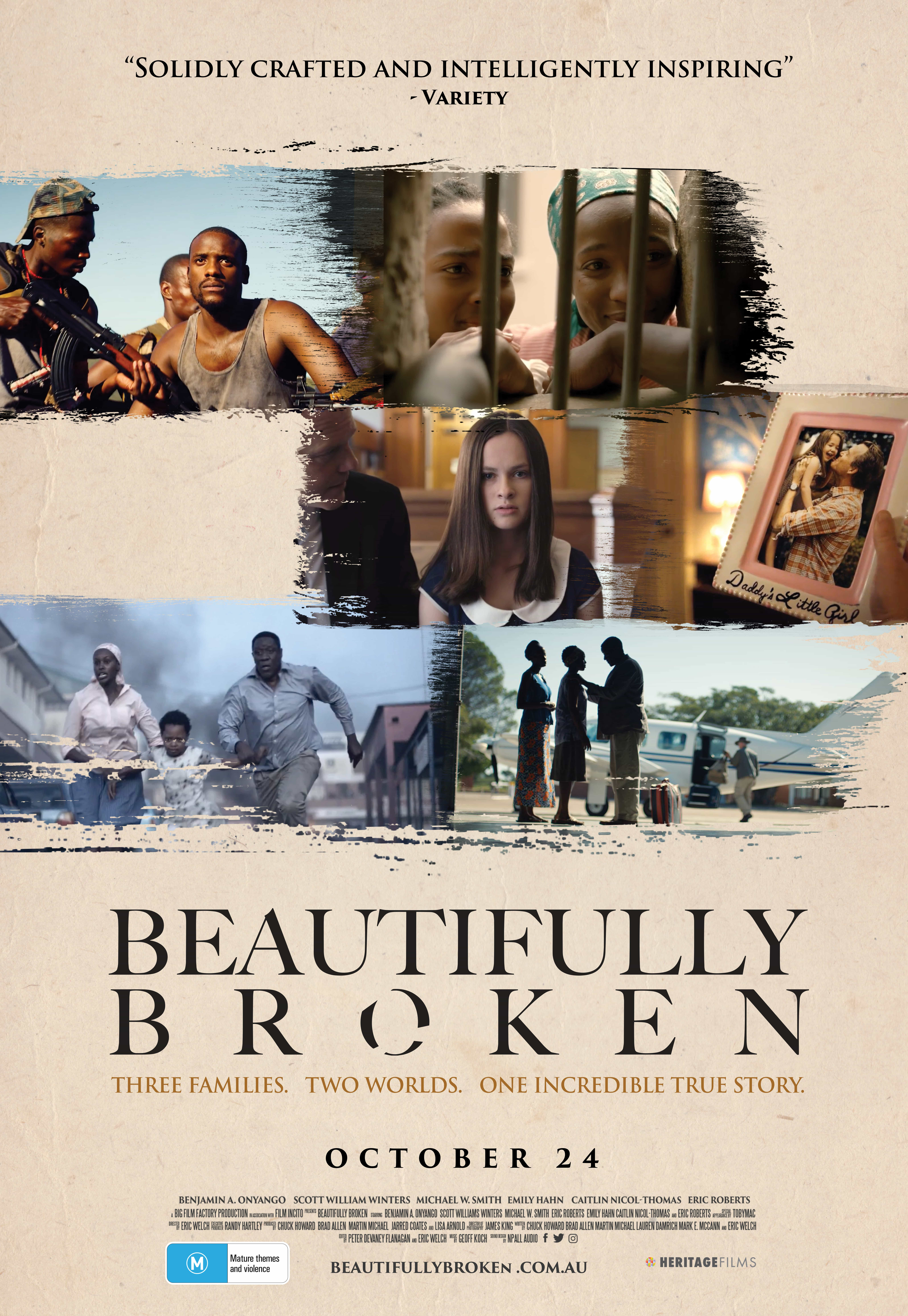 William Mwizerwa flees the dangers of the Rwandan Genocide with his wife and daughter, narrowly escaping death from machete and gun wielding soldiers. In a Kenyan refugee camp, William learns of a program that can take him to America, however he must go alone to establish residency first. Despite his reluctance to leave his family in Kenya, he and his wife decide they must try this unpredictable plan.

Once in America, William meets Randy Hartley, a family man who is driven to succeed in business at all costs. But Randy’s faith is tested as his daughter, Andrea, becomes strangely rebellious. Andrea’s changing attitude is a result of a secret tragedy—one she reveals only to a pen pal, who is a Rwandan girl, Umuhoza. As Randy and William grow in friendship, they both inspire and try to help one another keep their families together.

Ultimately the men develop an outreach center helping other refugee families from war-torn countries, which eventually brings William’s wife and daughter to America. Yet even as William’s family reunites, Randy’s world is crumbling. He confides in William, asking him to take his family to Rwanda in hopes that his daughter will open up once again after meeting her Rwandan pen pal. Reluctantly, William returns to Rwanda where the dangers of the past haunt his family, yet also bring answers and redemption from the 1990s genocide.

Movie Pass Winners
Congratulations to the three winners of the movie pass giveaway, and thank you to everyone who entered:

Group Bookings
Start making plans now to bring your family, church, youth group, business, school, or ministry to experience the film BEAUTIFULLY BROKEN when it opens in cinemas
Submit an enquiry form to find out how you can hold your own movie night!

CHRISTMAS JARS is a movie based on a New York Time best-selling novel and real-life movement of anonymous gift-givers . Opens in cinemas December 3. [Read More…]

The Grizzlies has won various awards, and garnered warm and heartfelt attention in Canada and the US… now it comes to Australia and you will see its startling parallels to our own national story. [Read More…]

Movie – The Girl on the Bridge

Ultimately this is a film about hope. It’s a film about redemption. It’s a challenge to all of us to try to understand. Opens in cinemas October 10 [Read More…]