With many other Aussies, I have watched with amazement the rise of Donald Trump as a politician.

While the American presidential race is always a circus, this year it seems to have ‘trumped’ any previous shows. I don’t know Donald Trump personally, and have seen few of his reality TV programs, but he appears to be a supremely confident, aggressive, charismatic, powerful, divisive leader who knows how to garner support and get what he wants.

Of course, Donald Trump is not unique in this. He is typical of many high-flying business leaders who lead multinational organisations, wield incredible power, accumulate enormous wealth, and are wildly successful.

Perhaps the Donald Trumps and Rupert Murdochs and James Packers and Richard Bransons attract more media attention than other similarly successful leaders with humbler personalities, but they are a significant challenge to my understanding of good leadership.

You see, I taught leadership at a theological college.

I know what the Bible says about good leaders. They are called to be humble servants who put the needs of those who follow them before their own.

Jesus modeled a form of influence that involved forsaking glory, serving the powerless, and giving His life away for those who would follow Him.

God’s leaders have this kind of heart. They don’t necessarily eschew power, but they always seek what is best for those they serve. They are humble, authentic, consistent, honest and trustworthy.

And it seemed to me that the leadership development industry was at last catching on to Christian leadership values.

Many secular authors have recently been championing the need for servant leaders who build healthy workplace environments through humbly consulting with their teams, being honest and authentic with their employees, valuing and caring for others, and being loyal and generous. They lace their motivational tomes and presentations with stories of leaders who have achieved great success by promoting their workers rather than themselves.

It makes sense doesn’t it? Jesus’ values really work. The Bible has it right.

Then along comes Donald Trump and many leaders of his ilk (including some in the church) who break all the wisdom of the leadership gurus and the values of Scripture, and yet are incredibly successful. I’m not saying Trump is an evil man, but like many great leaders he is arrogant, self-promoting, unscrupulous and ruthless.

Can you see my dilemma? I believe that not only is God’s way to lead right, it will also be the most effective. And yet a huge number of successful leaders, in all walks of life, manage to take the opposite path and rise to the top.

Last year, Jeffrey Pfeffer (an American university professor) wrote a secular book on leadership explaining the differences between the leadership development industry’s ideals (reflecting many of the values of biblical leadership) and what actually goes on in the workplace (closer to Trump-style leadership values).

He argues that while there are some servant-type leaders who are successful and do create very healthy environments, by far the majority of leaders are concerned more about their own success than that of their businesses and workers.

Among the numerous examples he gives are CEOs who exit their companies with huge bonuses while their workers are laid off.

Pfeffer is warning people not to naively enter workplaces believing that they will do well if they are authentic, humble, generous and honest.

Generally, unhealthy workplaces will not encourage these attitudes, and even if servant leaders do well, they will not tend to advance. He shows that arrogance, dishonesty, selfishness and ruthlessness can be helpful in gaining promotion and are quickly overlooked if someone is successful.

It’s hard to argue with the huge range of research and examples that Pfeffer produces to prove his point. And even if I could, many of the high profile political and business leaders would trump any argument.

So what does this mean for Christian leaders? Obviously, we have to align with Jesus. Grace lies at the heart of all we do, including our influence of others. We are deeply impacted by the grace of God to us, epitomised in the life and death of Jesus. And we take this grace and offer it to those we lead through our love, authenticity, humility, character and generosity.

No matter how toxic the environment, we seek to be salt in a rancid world, to be light in the darkness. We are called to follow Jesus, not to be successful. Serving lies at the heart of our leading.

Jesus is very clear on this. He said, ‘You know that the rulers of the Gentiles lord it over them, and their high officials exercise authority over them. Not so with you. Instead, whoever wants to become great among you must be your servant, and whoever wants to be first must be your slave—just as the Son of Man did not come to be served, but to serve, and to give His life as a ransom for many’ (Matt. 20:25-28).

Sometimes this will lead to great workplace health and prosperity. People flourish when good leaders listen, care, serve and challenge, when they treat their followers with grace, when they consider others as significant. Even Pfeffer admits that there are very healthy workplaces led by true servant leaders. He just thinks that such environments are fragile and regress quickly when leadership changes.

The church is meant to be an example to the world of the effectiveness of servant leadership. Some churches really are. It’s a pity that this is not the case more often. 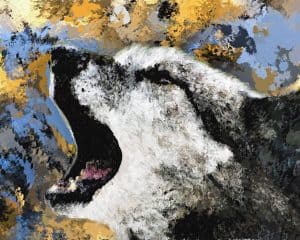 But how do we lead in selfish, even toxic, environments (in the church, in the workplace, in politics or wherever)? Jesus said, ‘I am sending you out like sheep among wolves’ (Matt. 10:16). If Pfeffer is right, this sounds like the situation in which many of us serve. It’s going to be challenging, even dangerous, for sheep to work with wolves. Jesus’ resultant advice was: ‘Therefore be as shrewd as snakes and as innocent as doves.’

In other words, we are not to be gullible but astute (‘shrewd as snakes’).

We understand what is happening and how things work. We can use systems and structures to our advantage when needed. We resist the efforts of others to control and abuse us. We can play our cards close to our chest if required. We are wise in choosing which hills to die on.

Yet Jesus calls us to maintain a good heart attitude (at our core we are as ‘innocent as doves’). We are truly driven by a desire to serve and help others flourish. We seek, with God’s help, to be modest, authentic, truthful and trustworthy; honestly giving ourselves for those we lead. This will come at a significant cost.

It always does when sheep don’t join the wolves.

Recently, I received an anonymous letter lamenting (among a number of things) the lack of a tie (or was it a suit and tie?) in a photo [Read More…]

Research on churches over the last 50 years has shown that many churches struggle to grow past 200 people in worship attendance. [Read More…]

Over the last few months of 2016, two important sources of facts about religion in Australia have been released. [Read More…]