“Grow a mo, save a bro!” That’s the tagline associated with what has become widely known as the month of Movember! Well, I’m not so sure about me and a mo, but over recent years I have happily supported this valuable cause that seeks to raise awareness, and support for, a range of men’s health issues including prostate and testicular cancer, mental health and suicide prevention. 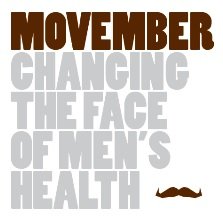 At a time when men’s mental issues and suicide are at alarming levels, we should be rightly concerned.

Movember Australia claims that “globally, every minute, a man dies by suicide. In Australia, 75% of suicides are men.” In September last year, The Guardian newspaper carried the headline, “Australia’s rising suicide rate sparks calls for national target to reduce deaths.”

And, the painful reality is that Christians do not seem immune to this growing epidemic! You may have read the September edition of Christianity Today, which carried the report of the tragic suicide of young US pastor, Jarrid Wilson. Jarrid was known as a passionate preacher and mental health advocate.

A co-founder of the mental health non-profit Anthem of Hope, Wilson was open about his own depression, often posting on social media accounts about his battles with mental illness.

The fact is, even pastors are subject to the same kinds of mental health challenges that confront so many within our society.

A helpful article which examines the causes of mental health issues, especially as they relate to pastors, and offers some helpful reflections on how we can better address this issue can be found online at www.thegospelcoalition.org/article/why-pastors-are-committing-suicide

Greg Laurie, the senior pastor at the church where Jarrid served as an associate pastor said:

“At the end of the day, pastors are just people who need to reach out to God for his help and strength, each and every day.” And that is so true for every one of us!

While not wanting in any way to downplay the complexities of mental health issues, nor, for that matter, seeking to pass myself off as any kind of mental health expert, it would seem that the Word of God must surely have something to say to us as we grapple with such painful realities in this journey of life.

At a recent conference, I had the privilege of sharing a series of messages for 1 Peter. As I trawled over this incredible letter, it seemed to me that one of the overarching themes was to be found in chapter 1 verses 3 and 4, which says, “Praise be to the God and Father of our Lord Jesus Christ! In his great mercy he has given us new birth into a living hope through the resurrection of Jesus Christ from the dead, and into an inheritance that can never perish, spoil or fade – kept in heaven for you.”

At the time of the writing of this letter many Christians were already coming under increasing opposition and even persecution. Many may have begun to wonder what hope there was for them in this world.

Peter’s message was to remind them that they had been “given new birth into a living hope!” This hope was not just wishful thinking that, maybe better days lay ahead, if not in this life, at least in the life to come. No, Peter wanted them to know that they had a “living hope”— a hope in which they could live right here and now, regardless of their outward circumstances.

But like many of us, they wanted, or even needed, some tangible evidence of that which would sustain this hope. So Peter reminded them of a number of key realities, to instill and sustain their hope.

In verse 1 Peter reminds believers of who they really are. Regardless of who or what others think of them, they are none other than “God’s elect,” those who have been “chosen according to the foreknowledge of God.” This is where their identity lies. Not in what they’ve done, or accomplished, or even for that matter the standing they have in the eyes of others. They are God’s chosen children.

Peter reminds his readers in verses 3 and 4 that they are a people of destiny. They have an eternal inheritance assured to them in heaven, that nothing in this world can rob them of.

No external pressures or even internal failings will ever rob them of this glorious inheritance in which they will finally see Jesus face-to-face.

In that day John reminds us, we will be finally and forever be like Jesus. John says, “But we know that when he appears, we shall be like him, for we shall see him as he is” (1 John 3:2).

Since they have been given a new birth into this living hope, Peter also reminds his readers of how and why they should live their lives. In verses 13 to 15 he urges the believers to be done with their former evil desires, to live self-controlled and holy lives.

The language he uses here is reminiscent of Paul’s words in Romans 12:2 where he calls upon believers not to “conform any longer to the pattern of this world, but [to] be transformed by the renewing of your minds.” And the reason why Peter reminds us of this call is so that our lives might “declare the praises of him who called us out of darkness into his most wonderful light” (1 Peter 2:9).

By remembering these things, and living in this way, we will know what it is to inhabit this wonderful living hope which has been given to us through faith in the resurrected Jesus.

Once again, these are not meant to be glib words that deny the reality of the mental pain and anguish that some of God’s children and servants endure. Indeed, if you are struggling with anxiety or depression, I would urge you to seek the advice and counsel of a faithful Christian counsellor.

However, I sincerely trust that this reflection upon the Word of God may instil hope in the hearts of all of us.

The words of Paul in Romans 15:13 so aptly frame my prayer for each of our readers, “May the God of hope fill you with joy and peace as you trust in Him, so that you may overflow with hope by the power of the Holy Spirit.”

Graduation is often an emotional time for graduates and staff alike as we, at Malyon, farewell those into whom we have poured our lives. [Read More…]