In their Post-Budget analysis , Dr Cassandra Goldie CEO of Australian Council of Social Service (ACOSS) stated that the 2020-2021 Federal Budget will leave millions of people stranded – saying that “we cannot allow the outcome of this crisis to be 1.6 million people left stranded in poverty on JobSeeker”.

Poverty has many factors, it’s a complex and prevalent issue for our country. Being under the poverty line means you can’t afford basic necessities.

Not only are 1 in 8 Australians under the poverty line, but most are far under.

This is called the ‘poverty gap’, and it’s quickly expanding. But how? At Christians Against Poverty (CAP) Australia we have identified five big drivers of poverty in Australia, and each of these drivers represent hundreds of individual stories.

Returning to Australia at the time of the Global Financial Crisis, Andrea found it hard to find work so went back to university to increase her skills. But being a mature student with a home loan and no parents around, Andrea needed to find ways to meet her bills. She converted the single garage under her house into a bedsit to live in while renting out the house above, picking up some casual work here and there, but it still wasn’t enough. Her debt was racking up and homelessness was becoming a real possibility.

Yet, looking at unemployment figures alone is not enough; a person only has to be working for 1 hour per week to be included in the national employed statistics. Having a job but not enough hours — known as underemployment — represents many stories of those living in poverty in Australia. 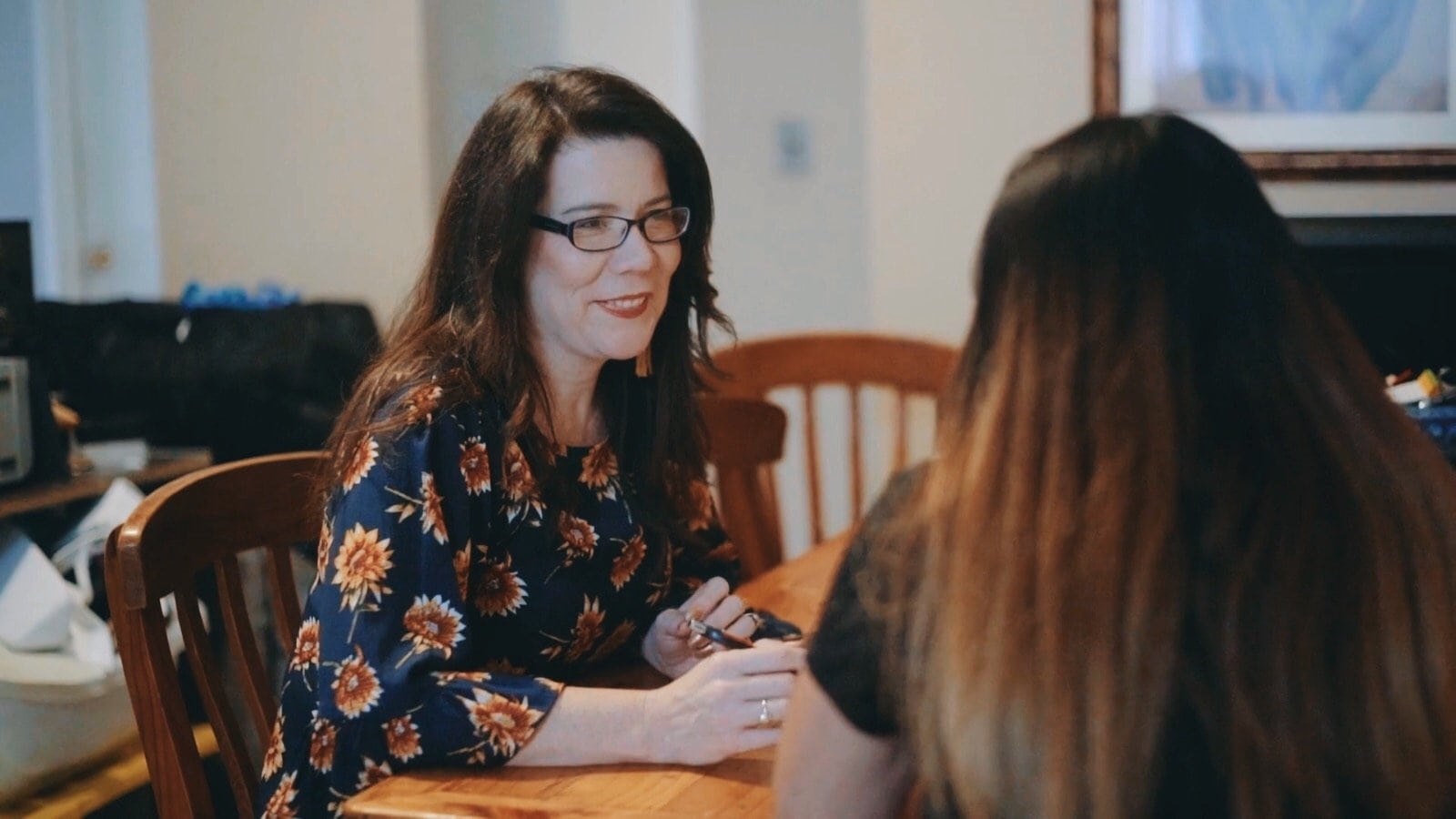 Everyone in Australia deserves a safe and decent place to call home, but housing costs in Australia have been increasing for some time. It’s now at the point where four out of five low income households are paying unsustainable rent (more than 30% of income)

Over 58% of CAP clients either face or are fearful of eviction or repossession.

Sadly, a number of them do end up homeless, like Ruth. In 2013, after 3 months in hospital, Ruth had nowhere to go. Her children were living with her church pastor’s family and she would sleep in the car. Desperately searching for housing, Ruth was turned away by real estate agents because of her debt.

There are thousands of families facing homelessness, paying unsustainable rent while under the burden of debt and feeling big pressure of managing debt as well as looking after their family.

Illness and disability (both physical and mental) have a complex and cyclical relationship with poverty. Low-income families in Australia are twice as likely to have a long-term health condition and 70% more likely to die by suicide. But this is only one side of a painful coin.

Eight in 10 CAP clients say their mental and physical health has suffered due to their overwhelming debt. So, on the one hand, living on or near the poverty line increases your changes of suffering from illness. Once in the cycle, the stress of being in poverty and dealing with debt often exacerbates the problem.

Alan started a business, but things didn’t go according to plan and the stress of his failing business caused a diagnosis of depression and anxiety and Alan ended up in hospital after an attempted suicide. Alan’s psychological challenges both contributed to and came from debt and his breakdown. He is now seeing a psychologist to help him with his depression and anxiety, and is on the road to becoming debt-free.

Almost half the children in Australian single-parent families live in poverty. Without another support, single parents like Paula have to make tough choices and stretch themselves thin, which often leaves gaps. In desperation, Paula filled these gaps with PayDay loans. But it wasn’t long before these loans grew to unsustainable levels. Juggling work, parenting, running a household and creditors is a lot for one person. Paula became stressed and unable to keep up with providing necessities for her family.

Right now, 97 CAP clients are single parents, caring for 193 children. Living in poverty is not just a reality for Paula, but for her children as well. Paula learnt to budget with her daughter, through the CAP Money course and for the first time is feeling empowered to manager her finances.

In the past 10 years, the overall prices of goods and services have increased 23.4%

Overall, wages have grown at similar levels over this time, however so has inequality in Australia. This means there are many Australian’s whose wages have not increased in line with the rising cost of living – leaving families on low wages less able to afford the basics.

This was painfully made clear for the Knight’s, who were starting out as a new family. But within weeks of discovering Corinne was pregnant with their first child, Josh lost his well-paying job. Josh started to work for himself but the money he earned wasn’t enough to provide for the family’s day-to-day expenses, so they started using credit cards. Eventually they were running so short that they had to withdrawal money from their accounts to stop direct debits coming out for bills as they needed that money for groceries. But with the help of their CAP Debt Coach, Josh and Corinne but budgeting skills into practice and over time managed to repay their debts. For the first time in a long time, they even have savings.

While the federal budget, plans and allowances like JobKeeper and JobSeeker can put systems in place to help those in need, my experience of working with the clients of CAP Australia is vulnerable people need someone local, a shoulder to lean on. 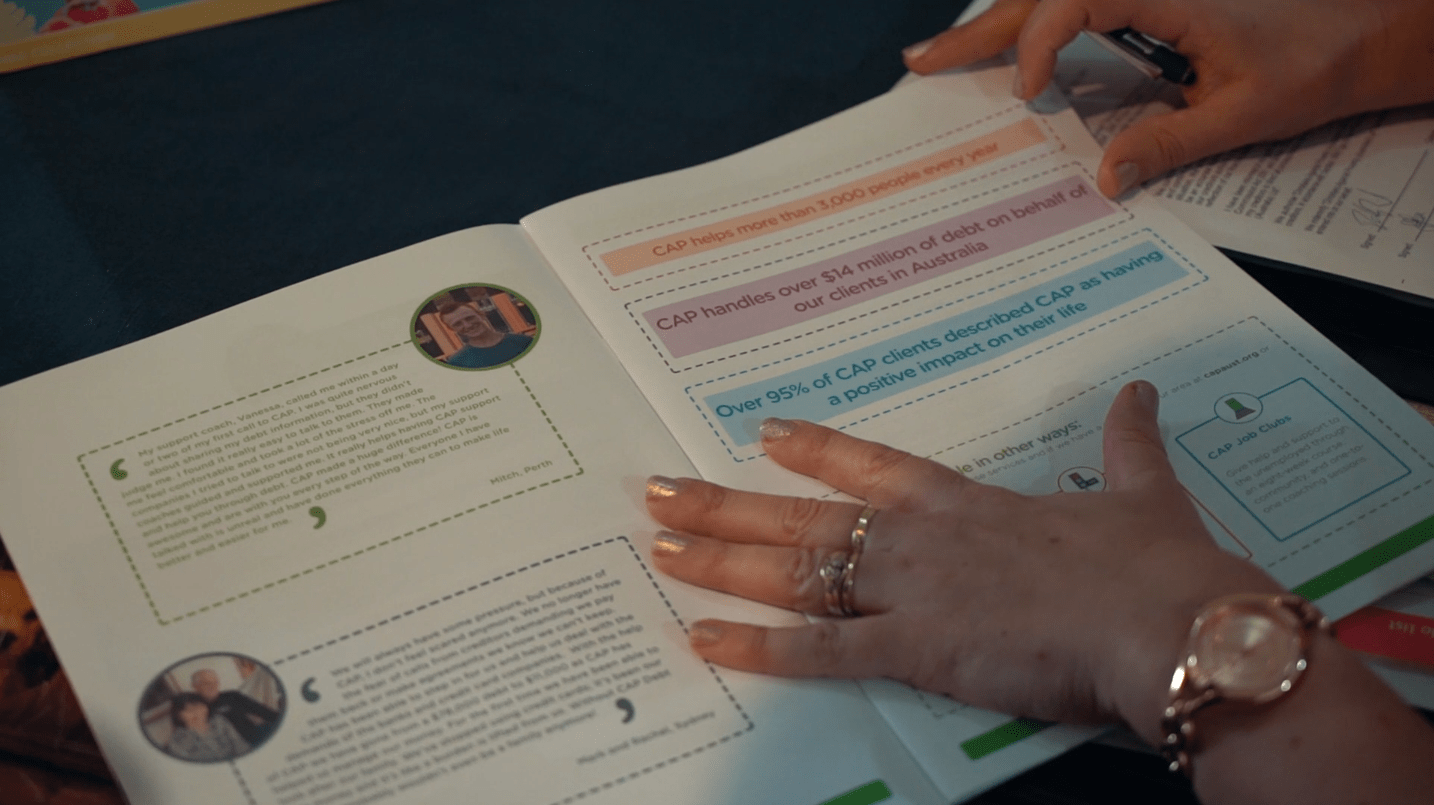 I believe the church has a unique opportunity to serve the poor now more than ever and be the advocate people like Paula and Alan and others desperately need. The Church has been called love the poor and take action on their behalf. James 2:16-17 says

“If one of you says to them, ‘Go in peace; keep warm and well fed,’ but does nothing about their physical needs, what good is it? In the same way, faith by itself, if it is not accompanied by action, is dead.”

Now is the time to take action.

Local churches know their communities best, and have the opportunity to make a tangible difference to the spiritual, mental and physical lives of those facing the hardships of debt.

We can bring transformation into people’s lives and bring glory to God in the process.

Find out how your church can take action now by visiting: capaust.org

Author Information
Rosie Kendall is the CEO of CAP Australia and has been working for CAP both here and in the UK since 2007. She loves the church and seeing the bride of Christ respond to Jesus’ call to serve and include the poor.

She is passionate about equipping others to flourish in all that God has created them to be. Rosie’s husband Dave also works at CAP and they have three beautiful daughters, Esther, Lydia and Maeve.

CAP will help anyone who is facing hardship as a result of financial difficulty and all of CAP’s services are provided FREE OF CHARGE.

CAP’s unique ‘hands on’ approach empowers people to help themselves out of poverty and be released from the fear, oppression and worry generated by overwhelming debts.

The charity operates through a growing network of centres, each opened in partnership with a local church.

To Whom much is entrusted – Much will be required

We have been entrusted with much! Are we ready to give an account? Or are we like the rich fool hoarding our stuff? In Luke 12:13-21 Jesus tells the story of the rich fool. Here was a man who accumulated lots of possessions. [Read More…]

Social Action Demonstrates the beauty of the Gospel Message

I work in aid and development, among some of the poorest and most vulnerable people in our world. Such work, some well-meaning people argue, is dangerous for the Christian. [Read More…]

Australians in Debt – Christians Against Poverty

One in three Australians – that’s 7.2 million people have entered 2020 with Christmas debt. That debt burden hits many families hardest in February. [Read More…]