The weekend of the 5 to 6 June 2021 was a special time for the Yandina Baptist Church, when present and past members and adherents celebrated the centenary of the constituted church. Much preparation had been going on behind the scenes for many months. Mobile Mission Maintenance had been on site and painted the church buildings in the last weeks leading up to this event.

Regulars and visitors, including some past pastors, filled the church on the Saturday afternoon and Sunday morning for two special services to celebrate what God had been doing through the Baptist presence in the district for over a hundred years. There were about 90 people attending on Saturday and about 130 on Sunday.

Although the first Yandina Baptist Church building was opened in March 1921, and the church officially constituted in June that year, it was already more than ten years since the first Baptist families had moved into the area. The first advertised service had taken place on 8 January 1911.

On Saturday afternoon, 5 June 2021, Pastor David Tidey led the proceedings in the Yandina Baptist Church. Lee Goleby, Ron Buchanan and David Tidey took the audience through a pictorial and descriptive history of the Baptist church in Yandina from 1910 to the present time. The presentation was divided up into four sections: 1910-1955, 1955-1980, 1981-2009, and 2010 to the current time. A list of church members was read after each section of the presentation. Local historian, Audienne Blyth, also gave a first-hand account of the tornado that wrecked the church building in 1955.

The afternoon’s songs had been appropriately chosen to follow the time periods during the presentations: “Amazing Grace”, “Great is Thy Faithfulness”, “Majesty”, “Ten Thousand Reasons” and “Build Your Kingdom Here”. 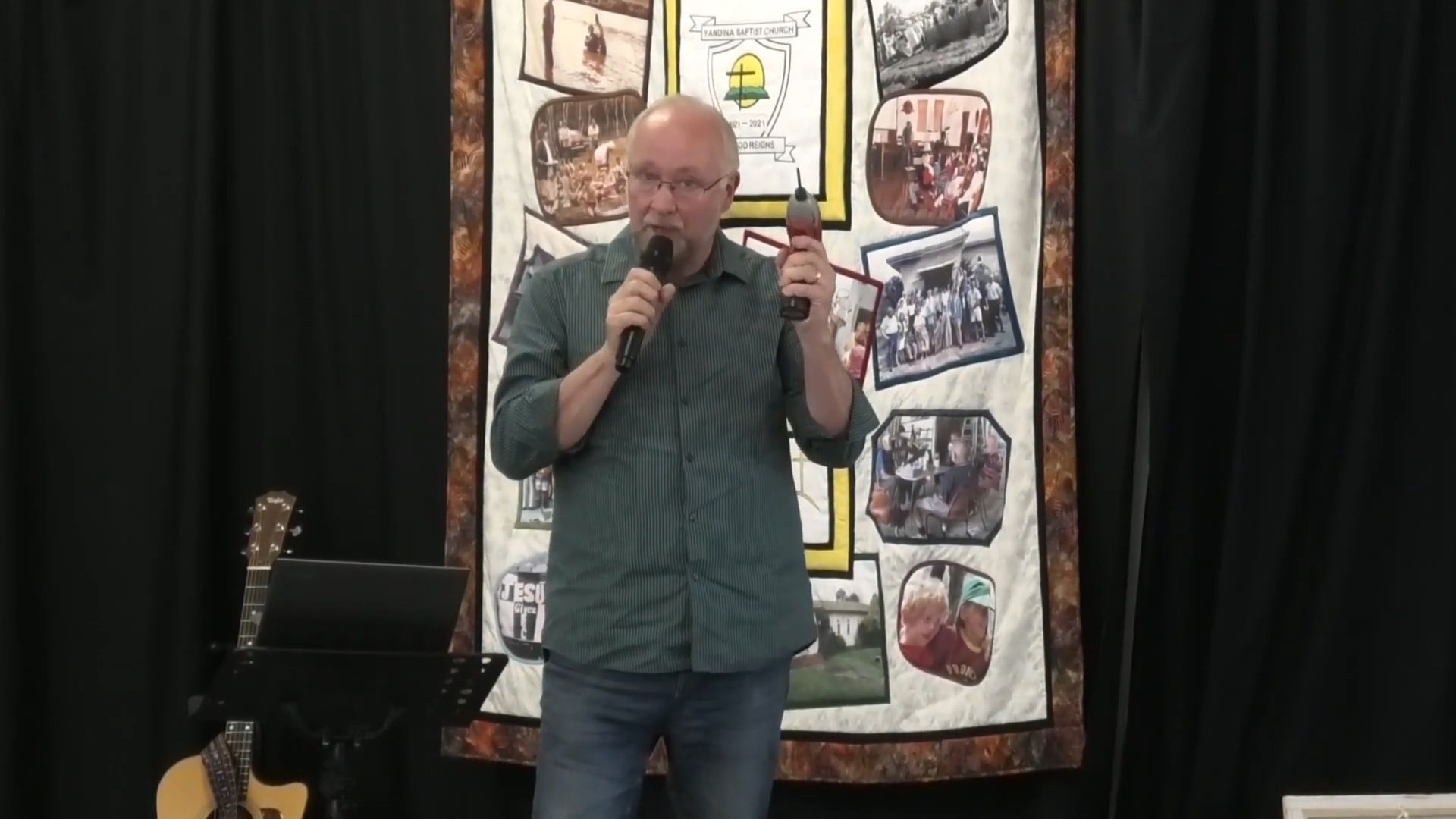 As you recollect the past, and thank God for His faithfulness, may you have a real sense of anticipation and the same obedient faith that saw the founding of this church, that you seek to move into God’s preferred future for you, as faith- filled followers of Jesus Christ.

Pastor Greenbury spoke on the theme of “Transitions”. He said,

It is in transition times that God is working in our hearts and lives, to make us the people he wants us to be. We can either fight change with everything we have, or we can move forward and see what God is doing in it.

Phil led the listeners through Joshua 1:1-11, when Joshua was preparing to lead his people across the River Jordan into a new life. He pointed out that God said three times to Joshua: “Be strong and courageous.” Phil summed up by saying:

The launch of the centenary book “Harvesting a Century of Life” followed. Lee Goleby gave a brief talk, when she thanked all those who had helped towards the book’s compilation. Fran Rayner presented a bouquet of flowers to Lee in thanks for the research she had done.

A number of items were presented to the church in memory of the occasion: a wood carving by Ken Warn from the Men’s Shed, paintings from Davina Herbert and Margaret Colley in the Art Group, and the centenary banner from Cathy Stone and her helpers in the Craft Group.

A large display of photographs, documents and objects had been set up in the tea room for the month. The display will also be accessible during the Yandina Street Fair on Sunday 22 August.

People stayed on to view the art works, browse through the display, purchase copies of the centenary book, enjoy afternoon tea, make new acquaintances and catch up with those they had not seen for many years.

There were too many people to fit safely in the church building for the centenary service on the following Sunday morning. This had been anticipated, and some watched the live feed that had been set up in the Connections building next door.

A slideshow compilation of many photographs from the church’s history, prepared by Janelle Tidey, brought tears to some eyes as they spotted images of friends and family no longer among us.

People in the congregation were asked to stand to show how long they had been associated with the church.

A thanksgiving offering was taken up. Part of it went to the chaplains at North Arm and Yandina primary schools, and part towards the next Yandina Baptist Church building project: a veranda on the side of the tea room. 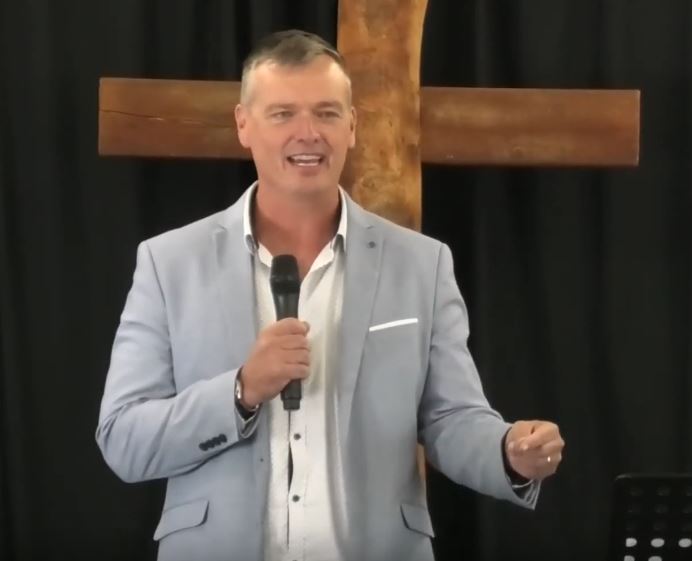 Jason Elsmore, QB Director of Movement, and Pastor at Gateway Baptist Church, was the guest speaker on Sunday morning. The theme of his message was “Being Astonished”.

People were astonished by Jesus, he said, but Jesus was also astonished by people: by their great faith or lack of faith. Jason asserted, “I want Jesus to be astonished at my great faith, not my lack of faith.” He described how a simple act of obedience had changed generations of people in his own family, and urged listeners towards using this power of faith and obedience to bring about change in the community.

Dave Tidey brought together the messages of the guest speakers over the weekend, stressing the importance of looking forward and reaching out. He thanked a huge number of people for their many different roles in making the weekend a success.

The service was followed by morning tea and lunch outdoors, leaving people plenty of time to relax, chat and reminisce.

Copies of the centenary book “Harvesting a Century of Life: Yandina Baptist Church Centenary 1921-2021”, are available for $15 each plus $10 postage. Please send an email to ybcgen@gmail.com with your order details, and bank details will be sent for payment. 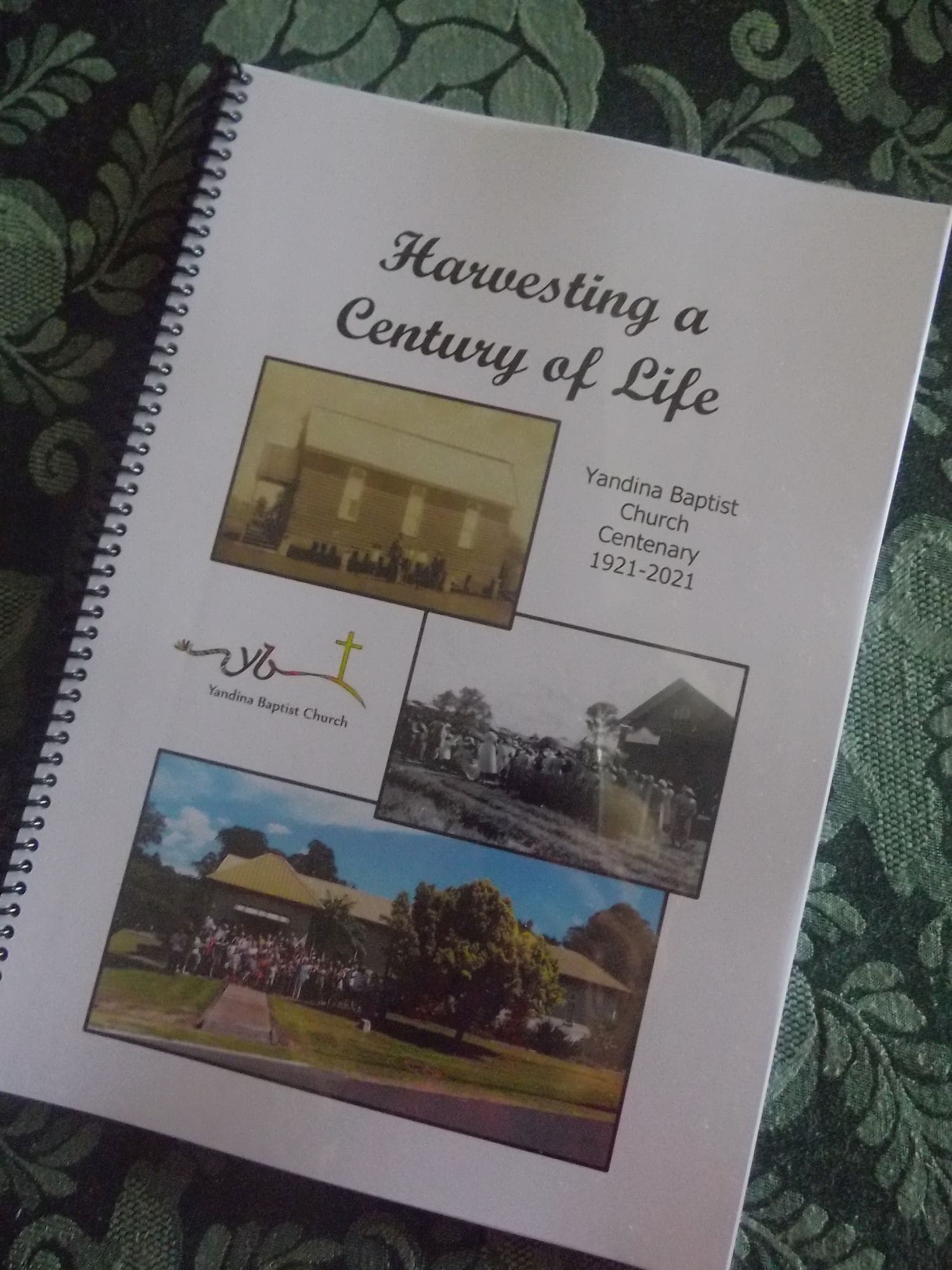